Melbourne is home to some of the best restaurants in Australia, so it’s no wonder it’s a popular destination for tourists and locals alike. But where are the locals going when they want to experience authentic Portuguese cuisine? Casa Nata, one of the last stand-alone Portuguese restaurants left in Melbourne, is the place to go when you want some authentic Portuguese food—and it’s even open 24 hours a day.

Lovers of Portuguese desserts will rejoice at the news that Casa Nata, Melbourne’s long-running bakery specialising in traditional Portuguese pastries, has been reopened, this time on Chapel Street, and with a new menu. The new branch is bigger and has several outdoor seating areas, although the interior retains the same quaint, old-fashioned charm. But this doesn’t mean the menu has moved on, with Casa Nata’s usual offerings of bolo de bolas, bolo de natal, doce de Leite, bola de queijadinha, bolo de pão, and bolo de bolas, to name just a few, still on offer. The best place to find these yummy treats? The Old Town Bakery in Prahran, but if you live in Melbourne’s inner west, Casa Nata’s at great prices in Prahran Market.

Casa Nata, the Portuguese bakery on State Street, bakes a tart every 15 minutes, making them one of the more popular sweet treats in Santa Barbara County. The pastry shop, which opened in 1972, sells them for $4 each or $6 for two. The afternoon tea at the bakery includes nine varieties of tarts, including apple, lavender, orange, vanilla, chocolate, cheese, pineapple, cherry, and strawberry.

Typical Portuguese tarts offer their sweetness and softness. They are often made with a puff pastry dough and filled with jam, custard, cream, custard cream, cream cheese, and fruit. Casa Nata offers a wide variety of flavours, from chocolate to lemons, such as men and women. 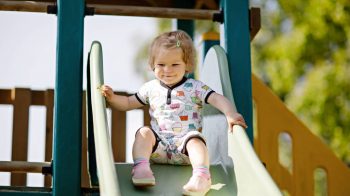 What Makes Wool Pillows so Comfortable for Sleeping?